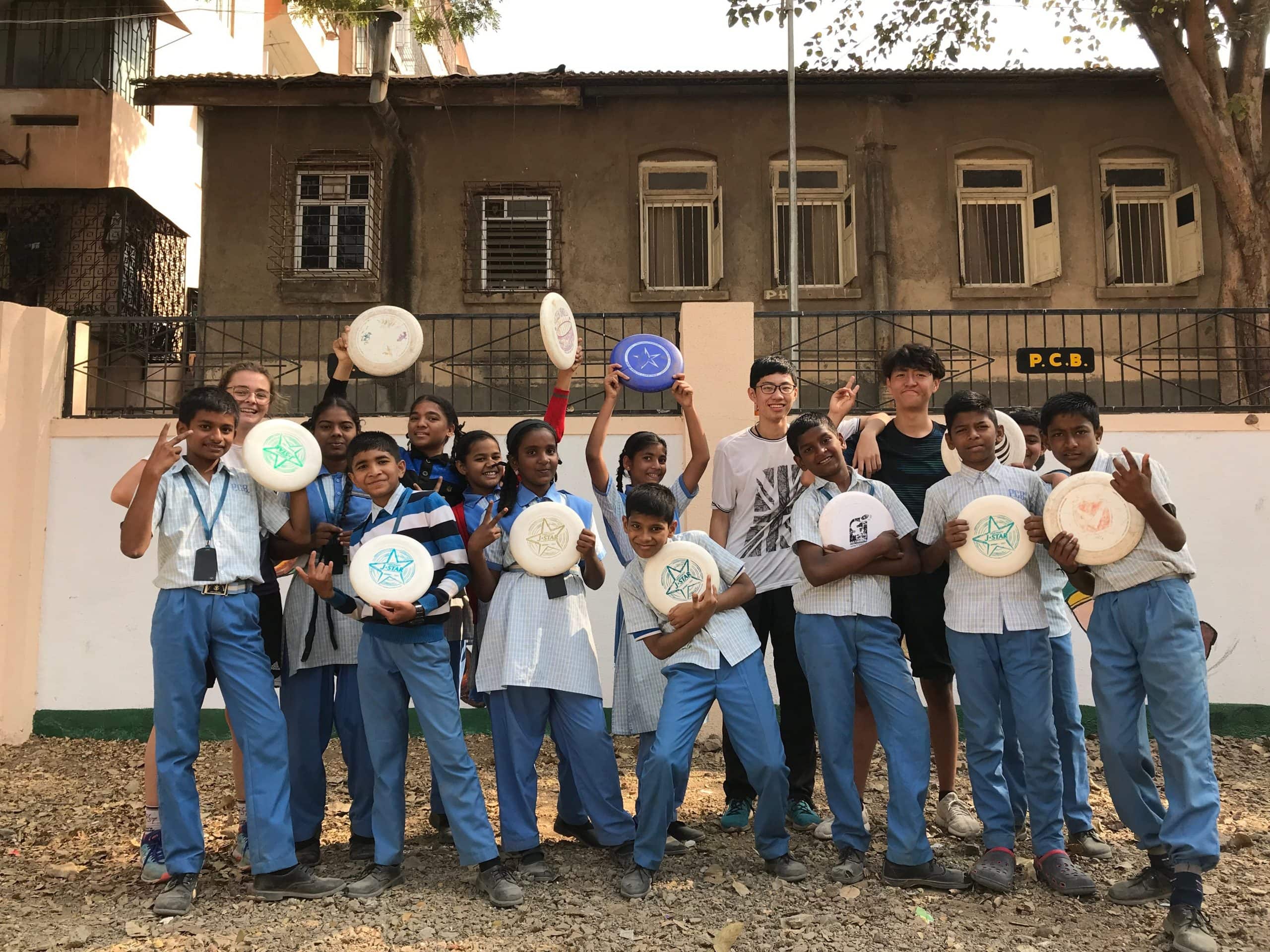 Service trivenis at MUWCI take many wonderful forms. They are also riddled with many complications and limitations. Frustration and a sense of disillusionment with the positive change that MUWCI students are claiming to enact beyond the parameters of this all-intentional community on an isolated hill in Maharashtra are therefore not uncommon. This was also the experience of Jessica (Canada, Class of ‘19) and Tekla (Denmark, Class of ‘19):

“During my first year I spent a lot of time questioning what the merit of my involvement in some of the service trivenis really was. I could recognise that we, the students, were learning a lot but I wasn’t sure about what the benefits were for the people we were trying to reach out to despite our lack of extensive knowledge about their background and experiences” – Tekla

It was at this time that both Tekla and Jessica were craving a fresh and more meaningful way to engage with the communities of Maharashtra, and beyond, that an opportunity arose in an unexpected form: Ultimate Frisbee. For those readers that are not familiar with this phenomenon, Ultimate Frisbee is a non-contact, self-refereed sport that brings together both genders. It is the fastest growing sport in the world.

“I was immediately impressed by the Indian Ultimate community. I had never seen a sports community before that was not geared towards competition, as I had grown up around this toxic macho hockey environment in Canada which I didn’t have much respect for. So to see this Ultimate community, that was so inclusive and not only tackled gender gaps and tried to equalize them but was also targeting socioeconomic class and caste divides and trying to bring those groups together, was really powerful” – Jessica

Ultimate Frisbee has become a burgeoning tool for social change in India, with a number of NGOs making use of the many benefits the sport offers to spark a conversation around non-violent communication as well as gender and other inequalities. And its working; 70% of the Indian national team come from underprivileged backgrounds, and time and time again teams all over India are electing their female players as captains. Among these NGOs is The Apprenticeship Project (TAP), a Pune based organisation seeking to empower children in low-income schools by building essential life-skills through extra-curricular activities that spark passion:

“We view Sport as a platform to build essential life skills like collaboration and confidence. But the major challenge that we had was the barriers for girls to participate in other traditional sports. What Ultimate Frisbee does is that it brings boys and girls on an even footing where they can compete equally.” – Prashant, Co-founder of TAP

For Tekla and Jessica, Ultimate offered an opportunity to connect with local communities in ways they had not previously imagined. In their first year, they helped build up and train a team with boys and girls from the local area which became known as the Mulshi Warriors. This is now a self-run team that plays against MUWCI’s own Highlanders and will be competing in national tournaments when the new season starts. Then last summer, MUWCI players were asked to join TAP and coach at one of the underprivileged schools they were supporting.

“My understanding of the relationship between sport and service has changed a lot. I used to do a lot of sport back home but it has never been service orientated. My engagement with TAP and with the Ultimate community outside of the campus was really inspiring in a lot of ways. It has been a very important connector to people I would not otherwise have connected with, people who have such different lives and most of whom don’t speak English. But playing on a team together and connecting by sweating together, having to cooperate on the field and manage emotions, competition, tension and fun at the same time; that makes all the difference” – Tekla

Working with TAP, an external NGO who actively sought out their help, also lifted some of the concerns Jessica and Tekla shared about imposing their service on communities they knew little about:

“The opportunity to work for an NGO where they are a constant, and we are doing their work, was a relief. It’s been an important takeaway to realise that it has its merits to follow someone rather than necessarily having to be the one starting and leading the project, particularly when you have not and will not be in the community long enough to understand the local context” – Tekla

These are important lessons that have strongly influenced the way both Tekla and Jessica are directing the course of their gap years. For Tekla, her experiences with Ultimate Frisbee at MUWCI have inspired her to go home and see how sport is used for similar purposes in Denmark; a context that she has an intuitive understanding of and therefore hopes to engage with on a deeper level. Jessica, meanwhile, will be taking her engagement with the Indian Ultimate community one step further by working with the Indian led and founded NGO, Pudiyador, that also aims to empower underprivileged sections of society through Ultimate:

“Ultimate really turned my experience of MUWCI and of India around. I went from a place where I was struggling and felt disconnected from the country I had come to MUWCI to discover, to taking the decision to really engage with Ultimate. As a result, I have travelled all over India to connect with a unique community outside of the MUWCI bubble, and now i’ve decided to stay in India for another year and take my passion even further” – Jessica