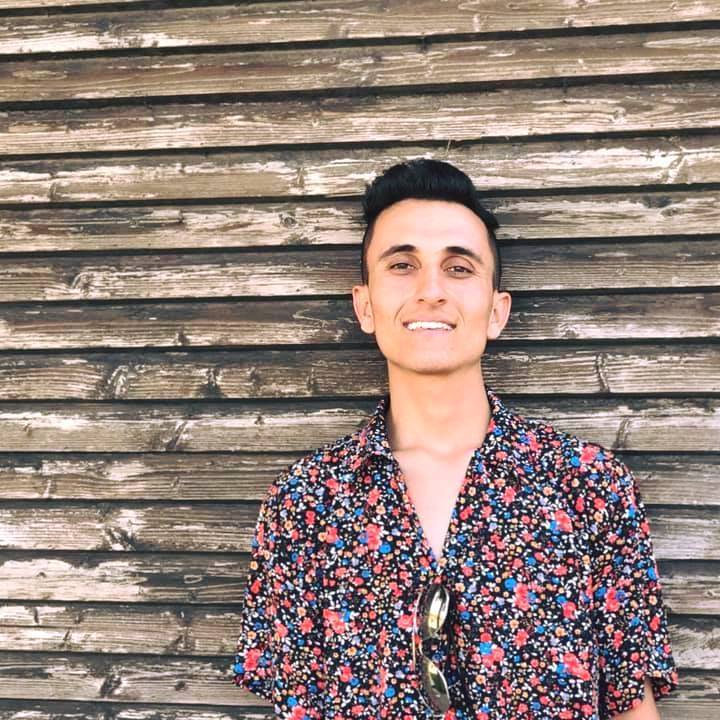 “It made me hate the way we humans hate each other”, says Salman on his very painful yet transformative first hand experience of the Yezidi genocide.

Salman Shammo Hussein is a bright 19 year old Iraqi national, who has seen the most difficult circumstances one can imagine. In spite of the extreme hardships he went through, which included surviving the Yezidi genocide and living as a displaced person in Iraq’s Kurdistan with a large family and a very low income, he did what he felt was his contribution towards building a better world.

Salman has been selected to attend UWC Mahindra College in the Class of 2018-2020 on full scholarship by the Iraqi National Committee, which comprises of six graduates of the United World Colleges of Iraqi and Italian origin. This volunteer non-profit organisation helps select Iraqi students of great promise to attend the 17 UWC (United World College) high schools around the world. Salman was enthused by the idea of UWC, the values it stands for and the opportunities it would provide him for a better life.

Why Salman? Because he is truly a changemaker and lives the UWC mission everyday. He has been actively involved with NGOs and has also worked with United Nations humanitarian teams on the group, apart from organizing cultural activities out of his own initiative like the “Paris Library”. Please read more about Salman here:

Salman’s father passed away when he was only 5, during the height of the Iraq war that began in 2003. He lives with his mother, grandfather, 3 brothers and 1 sister in Iraq’s Kurdistan, after migrating from unstable and dangerous situations in Sinjar to Duhok in Iraq, surviving the Yezidi genocide. In 2015, ISIS’s siege sparked the first US airstrikes against the terrorist group in Iraq, where thousands were trapped without food, water or shelter in 500C heat. The situation forced the Yazidis flee through a safe corridor through Syria to the autonomous Iraqi Kurdistan region. Many studies found that children were disproportionately affected by the genocide and the displacement. Salman’s family was also among these displaced people, who moved to Duhok in Kurdistan from Sinjar (also called Shingal). The physical and psychological toll of the horrifying violence Salman saw had a deep impact on his mind.

Despite enduring such catastrophic circumstances, Salman was hopeful for a peaceful future for all Iraqis, free from the terrorism that the Iraqi people have long suffered. His compassion and perseverance are beyond inspirational. He joined and led many youth-driven initiatives in the region. He and his family lived in a camp for IDPs (Internally Displaced Persons); where he started volunteering for a project that collected information about the IDPs and documented their situation at the camp. He also joined his brother for the ‘’One Thousand Dinar campaign”, wherein he raised donations for the IDPs all over Kurdistan. It was a very successful campaign and provided help to many students in paying their college fee and treatment for many critically ill people. Salman also worked with UN for two months during this period.

In an attempt to move on from the painful memories and do his bit to improve the situation at the IDP camps, Salman worked a lot in the community. He managed to get a 2-room space and some books, and opened a library in September 2017, which he called the Paris Library. The library was first of its kind in the region, where he rented and sold books. He promoted it on social media and sold books on Facebook and Instagram. Salman received a “Knowledge award” by the Kurdish Government for opening the first library in the whole area. He is brilliant academically as well, and has received many accolades, including certificates for completing courses in English, French, Computer learning at a local learning centre.

Being a top ranked candidate in the selection process, Salman is intellectually very bright, with a strong passion for peace and justice issues and an interest in the Indian culture and language. He likes Hindi movies and says he has learned Hindi by watching them since he was 5 years old. Salman has excellent social skills; he is responsible and very motivated for UWC that will provide him with a life-changing opportunity he really deserves.

In a multicultural environment like UWC, Salman will not only thrive and receive more opportunities to explore his capabilities and leadership qualities, but will continue to inspire more people through his actions. He has dealt with the most difficult circumstances with great zeal, composure, and hope, and has proved to be an empathetic leader. UWC is an ideal place for such exceptional individuals and scholarships make it possible for individuals like him to make it to UWC.

We strongly value diversity beyond nationalities and encourage students to apply regardless of their parents’ ability to pay. We extend our sincere gratitude to parents and teachers of students at UWC Mahindra College, who jointly supported this endeavour of making it possible for Anita from Nepal, who graduated this year. With your continued support, Salman too can benefit from a UWC education, and can channel his great enthusiasm and perseverance towards greater social change.