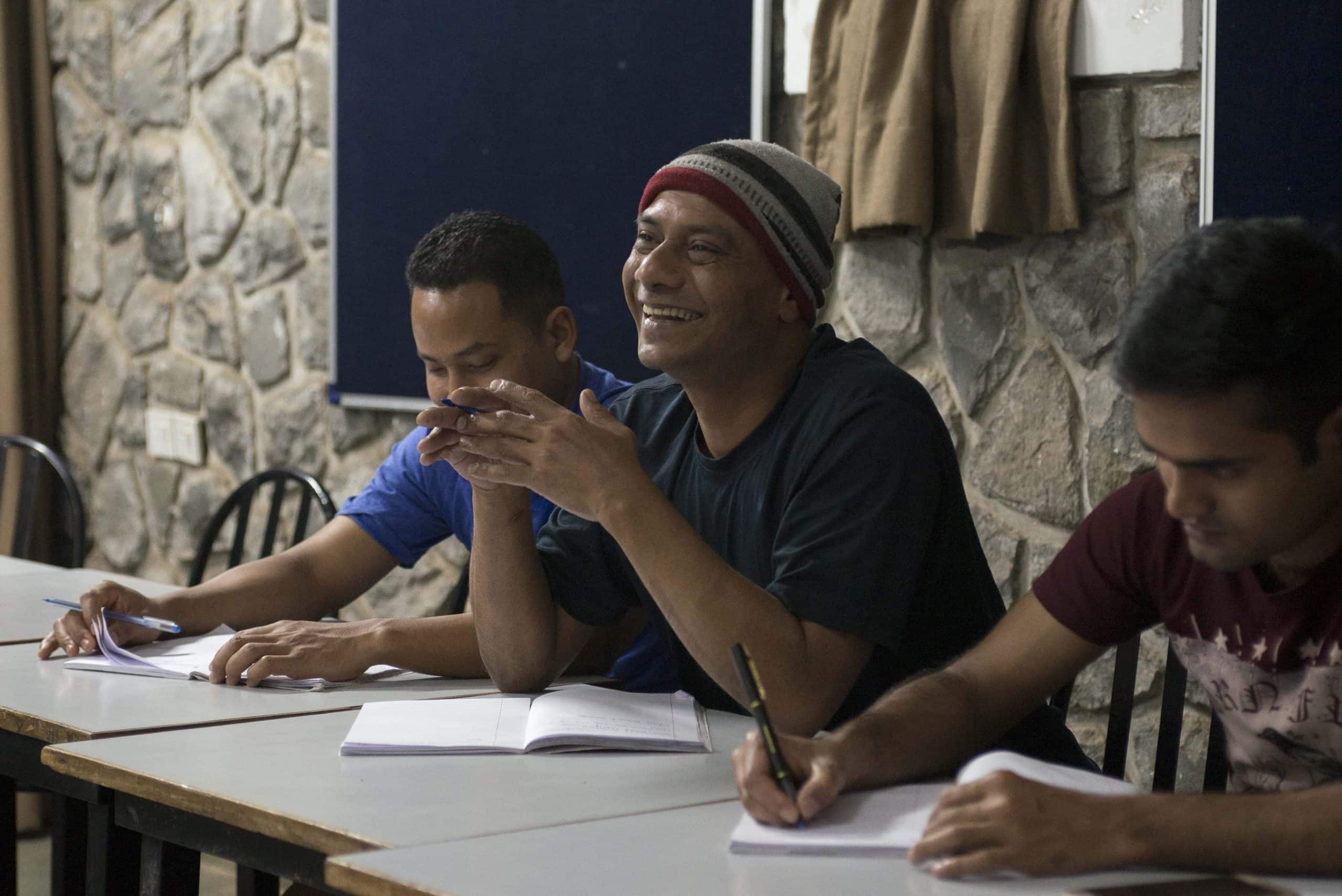 Inadequate English and computer skills are widely cited in India as key barriers to employability in the knowledge sector. It is not surprising, therefore, that there is a strong desire among the communities surrounding MUWCI to learn these skills. Computers For All and Night School are two service Triveni options that reflect this trend. However, far beyond simply teaching computer skills and English, it was the community engagement opportunities that both Trivenis offered that stand out for the students involved. As Uditi (India, class of ‘20) astutely sums up:

“When I first came to Night School, it seemed clear to me that the aim was essentially to teach English. However, I now see that while English is the means, it is not the end. The end, rather, is to bridge a social gap”

Community engagement is a central motivation for many MUWCI students when choosing a service triveni. However the members of Night School and Computers For All actually found that they did not have to look as far as they expected to fulfill this goal.

For Uditi, this was revealed when the opportunity arose to teach English to the MUWCI kitchen staff through Night School. This allowed for her to engage with a community she already came into contact with everyday, but did not have many opportunities to get to know on a deeper level.

For Mohamed this step was made a little more complicated by the absence of Trivenis that aimed to tackle an issue that was very close to his heart as a STEM student: computer illiteracy. However, while the impetus for Computers for All was driven out of Mohamed’s own initiative, he was able to build his project atop a foundation that already existed. “Being in an environment like MUWCI, where longstanding on-campus initiatives such as Akshara already had links to computer labs in nearby villages and students who were keen to increase their computer knowledge but lacked the teachers available to impart this knowledge, meant that we could join forces with Akshara and therefore build on their existing foundations while simultaneously revive one of their programmes,” says Mohamed.

The result was two sets of learners who had themselves actively sought out opportunities to learn English and computer skills. This was extremely important to avoid the imposition of knowledge on a group, which the students acknowledge can be an unwelcome consequence of education focused community service.

2. Community building is not only the end but also the means.

Building a community around learning is not something that happened automatically for either Night School or Computers For All. Particularly in India, where the teacher-student relationship is traditionally very rigid and unequal, it took time and effort to breakdown this barrier. In the case of Computers For All this entailed an additional side to their project that they had not anticipated but were more than happy to take on:

“The best way to change the classroom dynamic, to one where we were all more like friends collaborating together, was cricket. After discovering that before every session many of the students played cricket, we asked if we could join in. From then on, this become an important part of our routine and allowed us to bond with the students in a way that helped us push past the unequal power dynamics that are often present in classrooms and in community service.” – Mohamed

Far beyond simply creating a more enjoyable and relaxed atmosphere in the classroom, both the members of Night School and of Computers For All are in agreement that this build up of a relationship was critical in order for them to have a sustainable impact. For Mohamed and Abhinav, both of whom had been involved in similar community engagement projects back home, it is now clear that those projects had been unable to make an impact in the same way as Computers for All has precisely because of the absence of this relationship, which can only be built up over a longer time frame but is absolutely vital for a transfer of knowledge to take place.

“If you want to teach effectively, you have to be constantly aware of what your class is interested in. Instead of approaching lessons thinking about what the most efficient way to teach is, there was a shift whereby I started to ask the class what is it that you want to learn right now?” – Uditi

Allowing their learners to determine the direction of each lesson is one way both Night School and Computers For All aimed to pass the power over into their learners’ hands. However, to truly create a learning environment in which they became active and empowered learners, they would have to move away from the classic top-down teaching approach. Computers For All achieved this by giving their students the freedom to start their own projects in small groups that were centred around their own interests and allowed them to play around with systems such as powerpoint, with the support of MUWCI students only when it was called for.

In the case of Night School, looking at her lessons in this way has completely transformed the way Uditi approaches education:

“Education service is about giving someone access to information, but it it also about making someone realise what they are capable of doing themselves. I feel this is a realisation I would have only had here and it really changes the way that the teaching environment works. It has also changed the way I look at my own teachers because being able to figure something out yourself has a far more lasting and profound effect.” – Uditi

4. Allow for the reciprocal flow of knowledge

Constructing lessons in this way also ensured that knowledge could and did flow in both directions between teachers and learners. For Abhinav, having students point out things that he did not know was a very important step in showing that they had succeeded in overcoming the unequal student-teacher dynamic.

It also extended to learning about some of the issues present in the local context, that they had previously only been able to read about it in books or talk about in the far removed MUWCI classroom:

“Being faced with a group of about 8 boys and 3 girls or with the reality that those students who could not consistently attend the classes were those that needed to help their families work and earn money, really brought home the reality of the unequal gender dynamics and socioeconomic circumstances present in our surrounding area. Seeing these issues play out in real life is entirely different to learning about them through academic texts and abstract theories, and has made me much more motivated to do something to help tackle them.” – Mohamed